Last year a friend of mine gave me a recording of Earl Nightingale’s “The Strangest Secret”. I listened to it again this morning and it’s inspired me to take Earl’s 30 day challenge. Maybe you’d like to join me. Start by listening to the recording on YouTube by clicking here. Once you’ve listened to it, follow the steps below to get what you want.

1. Write one goal on a piece of card and look at it throughout the day. On one side write your goal and on the other side write “Ask and it is given, seek and you will find, knock and it shall be opened.”

4. Only think positive thoughts. Avoid complaining and putting yourself down.

7. If you find yourself in a negative mindset, start the 30 days again.

8. Keep your vibration high by dancing, singing, meditating and doing things you love and make you feel good.

9. Let go of attachment to the outcome. Let go of the need to know how it will happen. Trust in a power greater than yourself.

10. Be grateful for all the wonderful things you already have.

11. Join our Facebook group “How to Get What You Want – 30 day challenge” to share experiences and give and receive support. 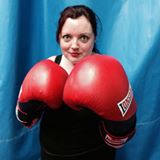 2013 was a tough year for me. I was physically and emotionally exhausted and endured a steep learning curve. In 2014, I have completely turned my life around. I attribute this to the help I have received from my Nicherin Buddism practice, 12 step programmes, TFT with Val Chater, White Light healing from Robina Hearle, life coaching with Katrina Love, business coaching with Suzanne MacDonald Carr, drinking Forever Freedom aloe gel and most importantly, through my own determinations.

After having problems with fatigue since I was a teenager, I was finally able to see a specialist earlier this year, who diagnosed me with Chronic Fatigue Syndrome, also known as ME. Ironically, due to all the personal development work and spiritual practices I’d been doing, coupled with healthy eating and exercise, I felt better than I had for a long time. I was convinced I was on the wrong thyroid medication and when I was diagnosed with ME, I was scared the doctors would use the diagnosis to fob me off and I would never get my thyroid sorted out. As it turned out though, this caused the doctors to investigate my thyroid further – I’d been asking them to do this for many years. As a result of these investigations, I was put on T3 as well as T4, which was something else I’d been asking the doctors to do for some time.  The ME doctor later decided I had Chronic Stress Syndrome rather than Chronic Fatigue Syndrome. I had a tendency to get tired due to excessive stress and worry, trauma from an unhappy childhood, and being estranged from my family as an adult.

Although I was beginning to feel a lot better, I was still prone to bouts of fatigue and I knew my eating and exercise habits still left a lot to be desired. I found it difficult to get motivated to eat healthily and exercise and so I used my Nicherin Buddism practice and chanted for inspiration. Within a short space of time, I began life coaching with Katrina Love, who worked with me on improving my self-esteem. She also asked me to complete a food diary. At about this same time, I saw a Facebook advert for complete beginners to train to take part in a charity boxing match, placed by fitness coach and owner of Suffolk Punch Boxing Club, Matt Brennan, whom I’d met previously through my business coach, Suzanne MacDonald Carr.

I have always been against boxing due to my passion for peace and non-violence, but when I saw the ad, excitement stirred inside me. I knew this was something I had to pursue and was the incentive I needed. As I said to Matt, “If I can do it, anyone can do it!”

I had to attend a trial and I half-expected to be unsuccessful due to being overweight and extremely unfit. To my delight, the first exercise we had to do was skipping. I loved skipping as a child and I thought it would be easy. Unfortunately, it wasn’t as easy as I remembered and I couldn’t do it at first, but I was determined and soon got the hang of it. The trial was hard, although not as hard as I expected. Later in the week, Matt told me I had been accepted for the training and my fitness would be monitored to ensure I was fit enough to fight.

The first class was demanding and after a few minutes of skipping, we had to do what trainer Rob Hodgkins called ‘The Magic 600.’ To my horror, this consisted of 300 jumping jacks, 200 thigh burners and 100 push-ups! This was tough and I nearly walked out. I didn’t manage to do the magic 600, but I have completed them every time we’ve done them since.

I expected to be a long way behind everyone else and to my surprise, although I am at the bottom of the class, I am not far behind. The only explanation I can think of is I’ve been drinking Forever Freedom aloe gel for a few months now, which helps improve stamina and has other health benefits.

I absolutely love the training. Although it is hard work, it is incredibly fun. Rob is a good laugh and keeps us entertained, while at the same time pushes us to our limits. The other members are friendly and supportive. The classes usually involve lots of well-intentioned banter. I still have a long way to go, but I am the fittest I have ever been after only a few weeks of training. I am even fitter now than when I completed a 10K run seven years ago.

The toughest class so far was last week when Rob pushed me to my limits. Although I’m glad he pushed me hard, I got overwhelmed by a mixture of adrenaline and exhaustion and ended the class in a heap on the floor, sobbing my heart out.

Overall, I am having the time of my life and people keep telling me I am glowing. I am determined to be fit enough to take part in the match. I don’t care about winning. For me, just taking part is a huge victory.

Tickets will be on sale soon.